Premier League chiefs postponed a third English top-flight match due to coronavirus outbreaks on Wednesday but said they had full confidence in their protocols despite calls for a “circuit-breaker”.

Tottenham’s home match against Fulham was scrapped just three hours before the scheduled 1800 GMT kick-off after a number of Covid-19 cases at the visiting club.

It is the third top-flight game to be wiped out by the virus, following Newcastle’s match with Aston Villa earlier this month and Monday’s game between Everton and Manchester City.

The Premier League announced on Tuesday there had been a season-high 18 positive tests in its latest round of testing across the competition, already compressed due to the late start to the season.

Further down the English football pyramid, postponements are mounting, with seven of the 12 games scheduled for Tuesday in the third-tier League One called off due to coronavirus infections.

Britain is struggling with another surge in the virus, with an overall death toll of more than 72,500 — one of the worst in the world.

After Manchester City’s trip to Everton on Monday was postponed due to a Covid outbreak in Pep Guardiola’s squad, all five matches scheduled for Tuesday went ahead.

But Scott Parker’s Fulham asked for their game at the Tottenham Hotspur Stadium to be called off, which the Premier League board sanctioned on Wednesday.

It is understood Spurs are unhappy about the decision and the timing of it.

There had been speculation throughout the day that the game might be called off and manager Jose Mourinho indicated his frustration in an Instagram post shortly after 1400 GMT.

Mourinho posted a video on his account of his staff waiting for news with a message which read: “We still don’t know if we play. Best league in the world.”

The Premier League confirmed the decision to postpone the game was taken following a meeting on Wednesday.

“Fulham lodged a request with the Premier League board to rearrange the fixture following a significant rise in positive Covid-19 cases, as well as a number of players showing symptoms today,” it said in a statement.

“The Premier League board has consulted its medical advisers and the decision to postpone the game has been taken as a precaution and with the health of players and staff as the priority. The group will now be re-tested immediately.”

But Everton boss Carlo Ancelotti said he had confidence in the rules in place.

Despite the rising number of cases across the English top-flight, the Premier League said it intended to continue matches, with no plans for a shutdown to mirror the three-month stoppage earlier this year.

League officials are desperate to avoid suspending the season with broadcast contracts to honour and the postponed European Championship looming in June.

“With low numbers of positive tests across the overwhelming majority of clubs, the Premier League continues to have full confidence in its Covid-19 protocols and being able to continue to play our fixtures as scheduled,” the Premier League statement said.

Manchester City were due to return to training on Wednesday after no new positive cases of coronavirus were reported following the latest round of testing.

More tests will take place later in the week, the results of which will determine whether Sunday’s trip to Chelsea and next week’s League Cup semi-final at Manchester United can go ahead.

Premier League leaders Liverpool are due to travel to Newcastle for Wednesday’s late match.

Sports fans will be barred across England after the government placed almost the entire country under tougher restrictions.

Until the rules were tightened, 10 clubs in the Premier League and English Football League, including Liverpool and Everton, had been able to admit supporters. 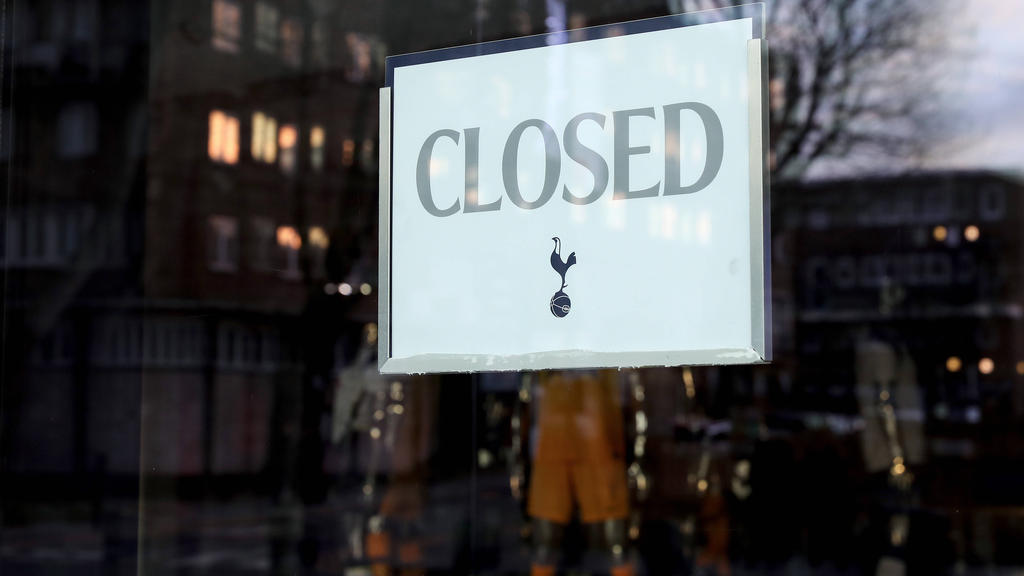 Lampard would take draw at Liverpool